“It is spring again. The earth is like a child that knows poems by heart.”
- Rainer Maria Rilke, Austrian Poet-Writer

The Universe, Us, and the Coronavirus 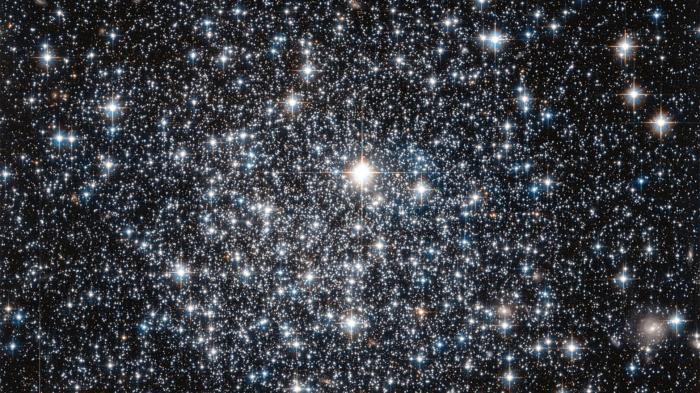 We stand in the middle. Our size is halfway between the size of the universe and the atom.

When I first fell in love with astronomy, I marveled at the hugeness of it all. The immense number of stars and galaxies, combined with the smallness of the Earth, fascinated me. It still does.

Soon after my stellar relationship started though, I realized there were many things smaller than the Earth and humans. Studying astronomy, you quickly realize mammoth stars shine because of tiny atoms. I had to delve into this invisible realm of atoms and particle physics. I had to relearn some of my long-ago chemistry lessons.

All these miniature worlds, and how they work, is as mesmerizing as all the stars and galaxies. As Neil de Grasse Tyson pointed out, “There’s as many atoms in a single molecule of your DNA as there are stars in the typical galaxy. We are, each of us, a little universe.”

The best teaching tool to comprehend the little and large was a video called Powers of Ten, created by two architects—the husband and wife team of Charles and Ray Eames in 1977. The subtitle of the short nine-minute film is “A Film About the Relative Size of Things and the Effect of Adding a Zero.” The movie is a journey from Earth to the edge of the universe, then back to Earth, and finishing in the microcosm realm—the world of cells, DNA, electrons, protons, and quarks. Similar journeys have been produced over the years. IMAX made a 40-minute film called Cosmic Journey.

This film makes clear—after traveling between the very large galaxies and the very small atoms—that we reside equidistant from both. Though we have explored very far in each direction—and we get a sense of these extremes—they remain elusive. The personal experience is missing. Our sophisticated telescopes and microscopes provide pathways to great knowledge, but understanding and meaning is often up to each of us individually.

The impact of the tiny coronavirus reminds us how powerful this small universe really is. Most viruses average about 100 nanometers in size. Put it this way: 300,000,000 viruses could fit across your 12-inch ruler. We don’t see viruses unless we have a powerful microscope at the highest resolution. Even then, for an average observer, it doesn’t make much sense how something this small can cause sickness and death. But we know they can. It becomes too true when it hits home--when you or a loved one becomes ill.

Viruses have been around on Earth for billions of years. They invade cells of living organisms and use their energy to survive and reproduce. They can’t live outside the cell very well. Viruses will survive beyond the cell for extended periods of time depending on the conditions, but they are not considered life.

A virus will make a copy of itself once inside a cell. It can multiply into the thousands in a few hours. Then in a few days, a person could have hundreds of millions of viral copies in their body.

The “corona” name comes from its distinctive crown-shaped appearance. Corona is Latin for “crown.” The crown of the coronavirus is the halo of sugary-proteins surrounding the virus itself. These proteins are how they attach to and invade a cell. The name corona has a strange connection to the Sun’s crown, also referred to as a corona. This extremely hot, wispy outer atmosphere can be best seen during a total solar eclipse.

In terms of size, humans are right between the macrocosm and the microcosm. Though each direction is often perplexing and mysterious, our science has built many inroads to these realms. These efforts help us understand -- and survive. 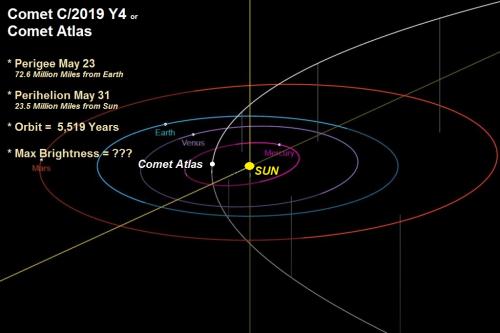 It’s been 23 years since we saw a dazzling comet with our eyes. It was Comet Hale-Bopp way back in 1997. Can that change soon?

Comet Atlas (or Comet C/2019 Y4) is diving toward the Sun and getting brighter. By late April, if you are far from city lights, it might be visible as a faint fuzzy “star.” By later May, the solar system interloper may be spotted in the city. With an orbit of over 5,500 years, it’s been a long time since this dirty snowball last swung by the Earth. 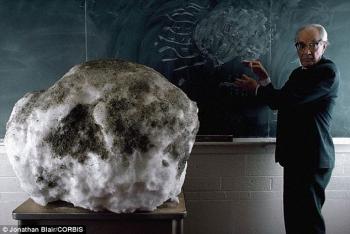 Most comets live far away, beyond the orbit of Pluto. Their great distance creates their main feature: water ice. A typical comet is 80% water ice. Throw in a little dirt and you get their nickname, “dirty snowball.” American astronomer and comet expert Fred Whipple was the first to propose that comets were mainly ice with a little dirt thrown in.

Some scientists theorize comets helped create Earth’s oceans. Since water is the main ingredient of life as we know it, studying the origins of comets becomes directly linked to our origins. 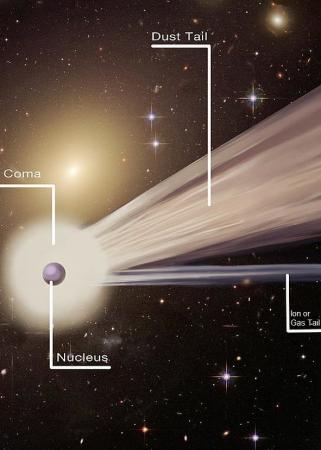 When a comet’s elongated orbit takes them near the Sun, the ices sublimate (go straight from solid to gas), and dust and rock escape. The solar wind pushes these “tails” away from the Sun, but their brightness in Earth’s skies depends on many factors.

Nucleus Size and Distance to Earth

The nucleus of a comet is usually fairly small, less than a mile or a few miles, in diameter. But size isn’t everything! Distance is another key brightness factor. Comet Hale-Bopp was exceptionally bright in 1997 because its nucleus was almost 20 miles across—even though its closest approach to Earth was 125 million miles. Comet Hyakutake, easily seen back in 1996, was only 0.8 miles in diameter at its core, but it passed Earth at a distance of only 9 million miles.

The most famous comet of all time is Comet Halley which visits Earth every 75 years. Its nucleus is fairly big at 3.4 miles wide. This frozen rock is currently outside the orbit of Neptune. It will soon fall back toward the Sun and will be best seen in July 2061 when its distance from Earth will be 44 million miles.

Nobody knows the core size of Comet Atlas. Current guesses put its center at around one mile.  The name Comet Atlas comes from the Asteroid Terrestrial-Impact Last Alert System which discovered it with telescopes in Hawaii in late December 2019.

Comet brilliance also depends on its proximity to the Sun, called perihelion. When a comet nears the orbit of Mars, the Sun heats the comet ices, so they sublimate, or turn straight from solid to gas. Comet Atlas is already out gassing, creating a nebulous shroud called a coma. This green glow comes from carbon and cyanide gas within the comet that gets ionized by the Sun’s heat. The comet’s coma is incredibly large compared to its nucleus, but very diffused. Comet Hale-Bopp’s coma was estimated to be 1.5 million miles across. Comet Atlas is already half as big as the Sun at 430,000 miles across.

All this heating of a comet leads to another huge factor, or question: Will the Sun tear it apart?

If a comet gets too close, the inferno Sun can devour the dirty snowball. NASA has captured comets being torn apart or crashing straight into the Sun.

Think about it: Every comet loses mass as it nears the Sun. This shrinking means eventually a comet will die. Comet Halley will loop around the Sun another 50 times or so before it’s finished -- only 4,000 years from now. Astronomically, that’s a very short time.

Comet Atlas might crumble a little, a lot… Or may completely disintegrate all together in the coming months. Only time will tell! 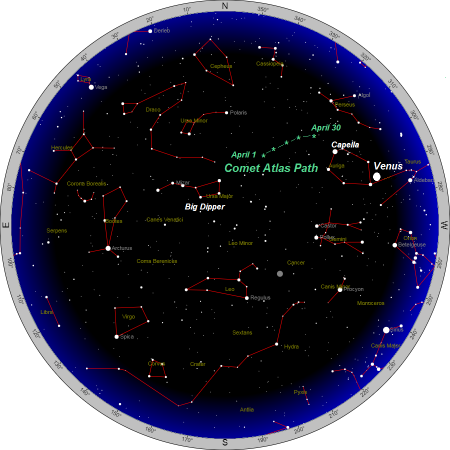 Geometry is the last factor that will determine a comet’s brightness. As a comet nears the Sun and grows its most brilliant, is it behind the Sun from our point of view? This is what happened to Comet Halley back in 1985 and 1986. You could see it—just not when it was most brilliant.

Comet Atlas is favorably placed to see in the northwest sky after sunset. It will be lower each night, and the comet plunges toward the Sun. Hopefully, the more positive brightness predictions come true and we can all step outside and watch the “dirty snowball” in the sky.

I have used the following joke plenty when describing their fickle nature. Still, it is worth mentioning once more because Comet Atlas may be spectacular. Or it may be a dud. So here it is: Comets are like cats -- they have tails and are unpredictable.

Big Rock to Buzz By 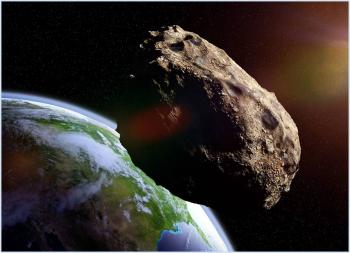 The asteroid will get within 4 million miles of the Earth. That’s crazy far if you drove out to the rendezvous -- as it would take seven years nonstop. On the other hand, that’s kind of close if you’re a scientist studying these things.

This is not doomsday. Do not believe any sensational headlines. It is, however, a poignant reminder to constantly pay attention to the neighborhood in space, just as we would pay attention to any neighbor.

Asteroid (52768) 1998 OR2 is one to two miles across. A rock this large would be catastrophic if it slammed into the Earth. Millions of humans would die. Weather and life would be disrupted for years. The exact damage would depend on various factors like the asteroid speed, its angle through Earth’s atmosphere, and the exact impact location. We know a rock the size of Mount Everest, six miles in diameter, wiped out the dinosaurs and over half of all living species 66 million years ago. 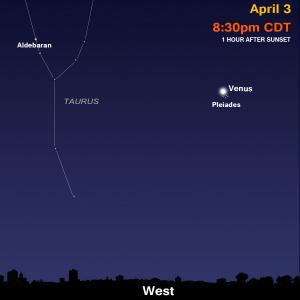 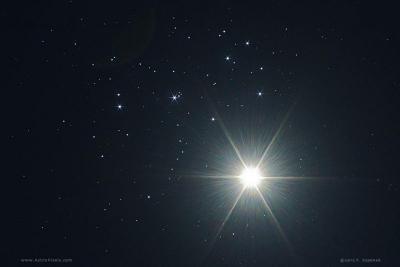 Venus joins the Pleiades, or “seven sisters,” on the night of April 3. Blazing Venus dominates these fainter stars. To enhance your view, use a pair of binoculars. The last time Venus visited these stars was April 2012. Every eight years, Venus returns to the same part of the sky due to the orbits of both Venus and Earth. 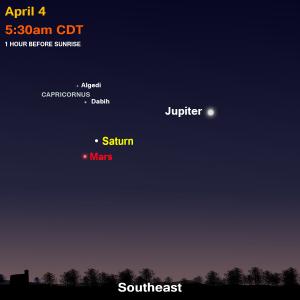 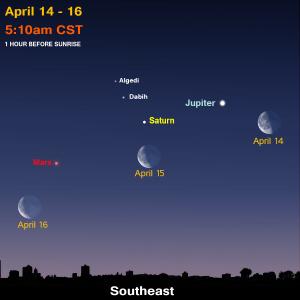 Mars has passed up both Jupiter and Saturn. Watch their distance grow each morning in the southeast sky. See if you can notice Jupiter “inch” closer to Saturn, too. By December 21, these two gas giants will shine as one in the sky. On that night, they will be closer than they have been in almost 400 years! The Moon wanders by on the mornings of April 14-16. 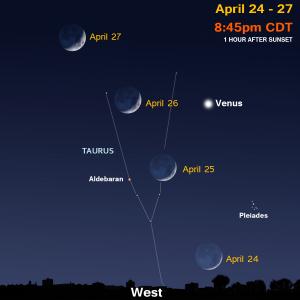 A crescent Moon gives Venus some company on April 24-27. By late April, notice how far Venus has moved away from the Pleiades.