In the fall of 2020, MPM announced where our new building would be: at the northeast corner of Sixth and McKinley Streets in downtown Milwaukee, adjacent to the Deer District and easily accessible both via highway and city streets that include bus routes.

In early 2021, we announced our architect, exhibit design teams, and construction manager selection to work in collaboration and construct our state-of-the-art museum for the 21st century.

In February 2021, Wisconsin Governor Tony Evers included the future museum in his proposed state capital budget, recognizing the importance of MPM as a statewide institution. The State later voted to provide $40 million to fund the new museum project.

We anticipate additional milestone announcements throughout this year and beyond.

Our projected project timeline, shown below, would enable us to open the new museum in 2026. 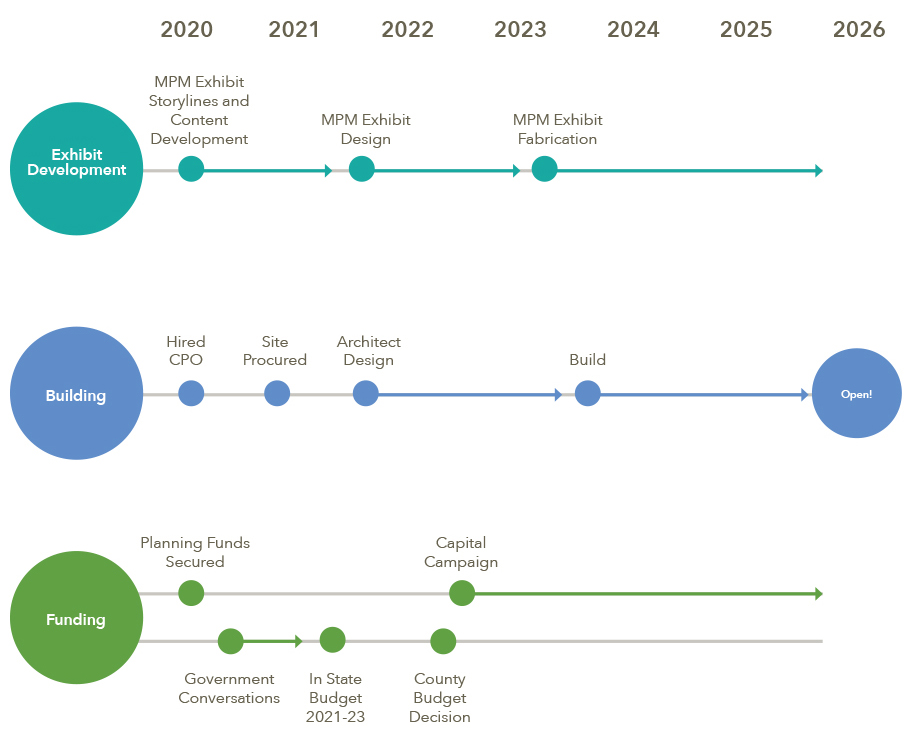