The Power of Poison - Media Images

The Power of Poison is organized by the American Museum of Natural History, New York. 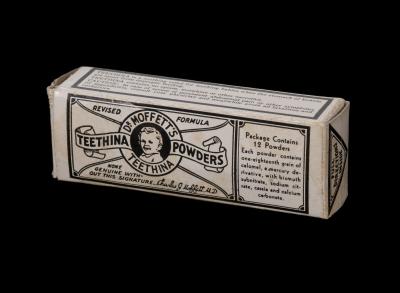 Although mercury is highly toxic, various forms of it have been used medicinally for thousands of years, even into the mid-20th century. Mercurous chloride, known as calomel, was used to treat a variety of maladies, including yellow fever. In the 1860s, calomel pills containing mercury were popular for conditions ranging from constipation to depression. Mercury was even used in teething powder until 1948, when it was banned for making children sick. 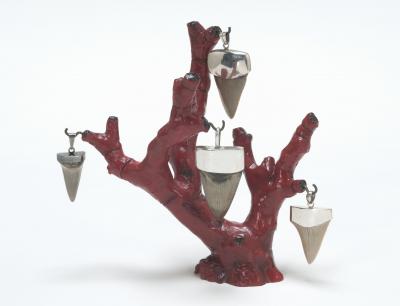 Centuries ago, Europeans thought fossilized shark teeth were the tongues of dragons. These “tongue stones” were worn as charms and dipped into food to purify it of poison. These fossils, along with other artifacts that illustrate the cultural diversity associated with poisons and antidotes, will be featured in the exhibition. 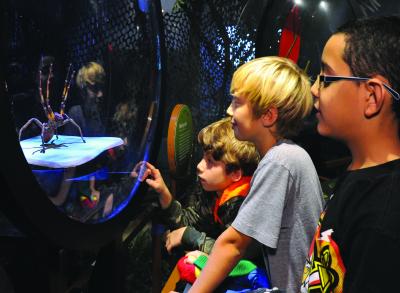 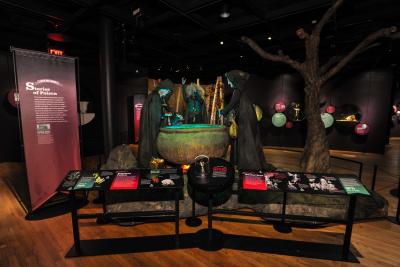 This life-size diorama re-creates a famous scene in William Shakespeare’s Macbeth that features a trio of witches dropping gruesome ingredients into a boiling cauldron. Shakespeare’s witches, who are summoning spirits to reveal the future, are drawing on the supposedly magical powers of a few highly poisonous plants: toxic wolfsbane, hemlock, and yew, among others. 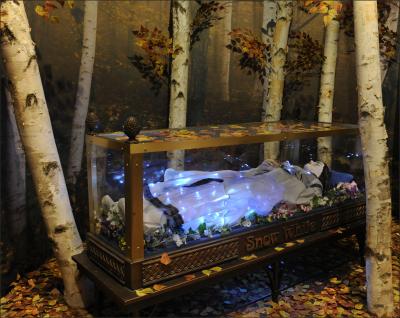 Pufferfish poison and some snake venoms interfere with nerve signals that make muscles move, but victims are otherwise wide awake. If put into an apple, a poison like the pufferfish’s tetrodotoxin could make someone collapse, unable to move. But a paralyzed person might revive fully, like Snow White, unless her lung muscles were affected. In that case, she would have been dead within minutes. 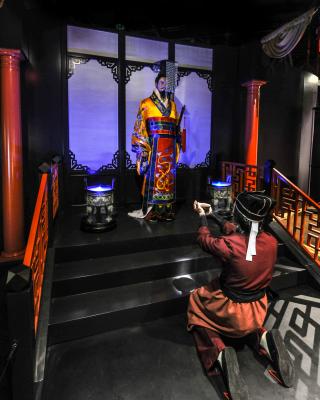 This diorama illustrates the traditional tale of China’s first emperor, who is said to have ingested mercury to gain immortality. Instead of extending Qin’s life, the mercury might well have killed him. 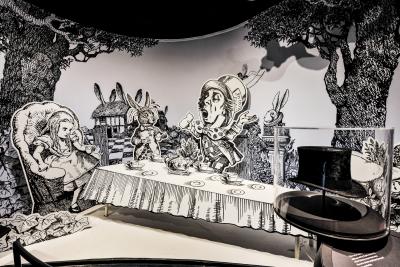 In the classic children’s book Alice’s Adventures in Wonderland, Alice encounters a tea party hosted by a nonsensical and irritable hat-maker. Some hat-makers from the 1700s through the early 1900s really did behave as if insane due to the long-term exposure to mercuric nitrate, a poisonous compound used in hat-making. Symptoms included tremors, pathological shyness, and extreme irritability. This tragic occupational hazard gave rise to the expression “mad as a hatter” in the 1800s. 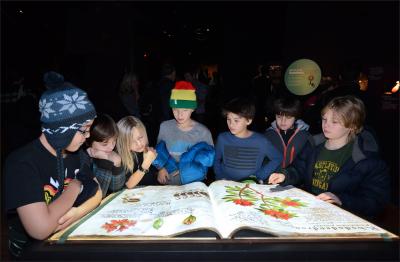 This “enchanted” book, which resembles an ancient botanical volume, displays animations of well-known poisonous plant species, including belladonna and monkshood. Moving illustrations “magically” appear with each turn of the page, along with origin myths and annotations explaining how these plants were used in the past. 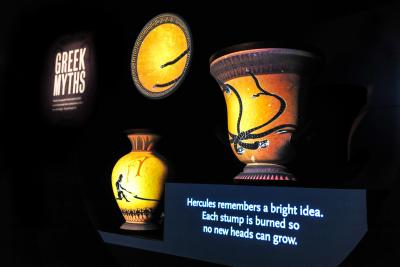 The myth of Hercules and the Hydra is animated and projected onto ceramic Greek urns illustrating how humans used poison both for good and evil purposes in the ancient world. 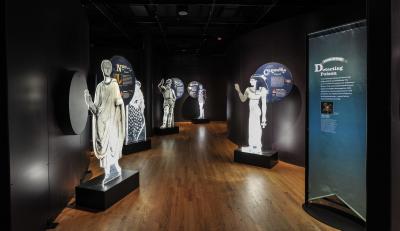 In centuries past, illness and death could strike suddenly and inexplicably. Until scientists developed forensic tools to investigate these mysteries, facts were hard to come by and poisoners could get off scot-free. Explore some of history’s most intriguing cases, many of which remain puzzling even today. 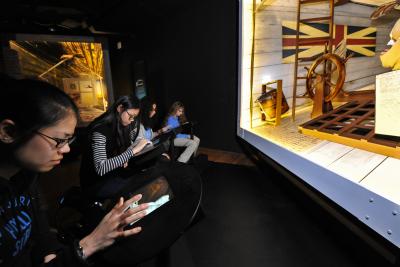 Visitors play detective by finding clues about various toxins and poisonous creatures, and reviewing victims’ symptoms to help solve three puzzling cases of accidental poisonings -- these include the mysterious illness of Captain James Cook and two naturalists aboard Cook’s ship Resolution in 1774. Was it the lead paint used to repaint the ship, something they ate, or arsenic in a taxidermy kit that caused such odd symptoms among the three men? Visitors will be able to bring the fun home by downloading the game as a free app for iPad. 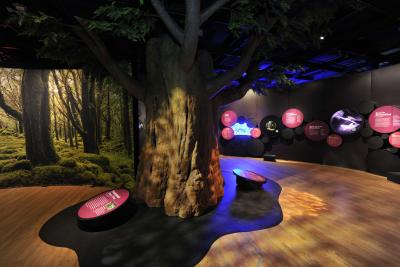 When used in certain, careful ways, poisons also have the power to heal. Plant toxins and animal venoms have been used in treatments for medical conditions ranging from coughing to cancer. Discover how the search for new medicines made from natural toxins has barely begun.

These images are supplied free solely for one-time use by print, broadcast, and online media for publicity purposes related to the exhibition The Power of Poison. No other use of these images is permitted without the express written permission of the American Museum of Natural History and/or the owners of the images.