The Harbinger-of-Spring, Erigenia bulbosa, was thought to be gone from the state of Wisconsin; its last state record was this 1932 collection specimen. Once found in late April and early May in rich mesic woods in the southeastern part of the state, it was rediscovered 68 years later in a rich sugar maple-beech woods farther north than it was believed to exist. 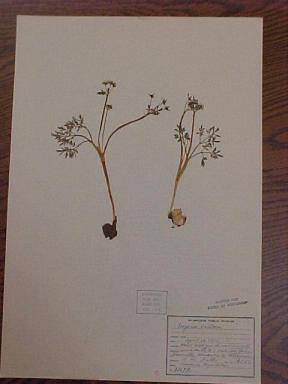