“Though the mind can justify itself faster than the speed of light,
it can be stopped through the act of writing.”
- Byron Katie, American Author

Dinosaurs in the Dark of Night 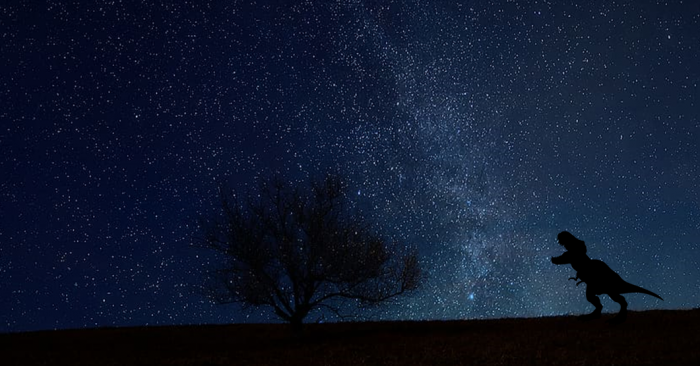 Inquisitive kids sometimes ask, “Are there any dinosaur constellations?”

At a young age, or any age, it’s hard to comprehend how long ago dinosaurs lived. Stargazers started creating constellations a few thousand years ago. Dinosaurs ruled the planet millions of years ago. To perhaps better understand this time-gulf, ponder the difference between a million dollars and a thousand dollars.

Though dinosaurs aren’t around today, their descendants still exist. Birds flying above us today evolved from small dinosaurs. A close relationship between birds and dinosaurs was first proposed in 1860 after fossil evidence of a feathered dinosaur was discovered in Germany. Named Archaeopteryx (“ancient wing”), this bird-like dinosaur was small. Its wingspan was only two feet and it weighed only two pounds; it was the size of a common crow. Besides feathers, it also had a wishbone and three claws. With its mixture of reptilian and avian traits, scientists conjecture Archaeopteryx could fly. It’s more difficult to ascertain if it flapped its wings or mainly glided in the sky.

For a long time, Archaeopteryx ruled as the main connection between birds and dinosaurs.  Lately, however, new discoveries have dethroned Archaeopteryx as the key link in the dinosaur-bird evolution chain.

By the 1970s, paleontologists figured out many connections between all the different dinosaurs. Some were bipedal with three-clawed limbs, feathers, and wishbones—similar to Archaeopteryx. All these findings helped build the evolutionary path to the modern birds in our skies. Together, the dinosaurs in this chart (click to enlarge), except the very top, are known as theropods (“beast feet”). There are many different types and sizes.

Tyrannosaurus rex was a theropod—a rather large one, of course. Some other giant theropods include Spinosaurus, Carcharodontosaurus, and Giganotosaurus.

The feathered dromaeosaurids (“swift running lizards”) are a smaller family of theropods. This group includes the Velociraptor, Deinonychus, and Sinosauropteryx—to name a few. MPM features its own Dromaeosaur in its Hell Creek diorama in the Third Planet gallery. 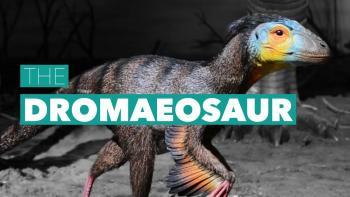 New bird-like dinosaurs continue to be found. Xiaotingia zhengi, recently found in China, dates back about 155 million years. It is about the size of a hen. Epidexipteryx, also found in China, weighed only half a pound. This tiny pigeon-sized dinosaur lived about 100 million years ago.

Shortly before the huge asteroid impact 66 million years ago that wiped out the dinosaurs and 75% of animal and plant species, birds had evolved from these small dinosaurs.

A very recent discovery has revealed the oldest modern bird fossil to date, which lived before the huge asteroid wiped out the dinosaurs 66 million years ago. It’s nicknamed "Wonderchicken" and it is the common ancestor to today’s quails, chickens, and ducks. Its extremely small size and head the size of a human thumb allowed it to survive the catastrophic impact. Wonderchicken is also known as Asteriornis maastrichtensis. Asteria was the Greek Titan goddess of falling stars.

Dinosaurs were diverse. All the various theropods that led to today’s birds are diverse. And of course, our present-day birds are full of diversity! Still, it can be hard to comprehend that the mighty T. rex and a modern chicken share much of the same DNA.

So after all this, we have the answer to our question, “Are there any dinosaur constellations?” The reply is yes, since there are nine bird constellations! The connection between dinosaurs and birds is rock solid and as clear as a star-filled sky.

If you want to watch sunlight speed across the solar system, you can. 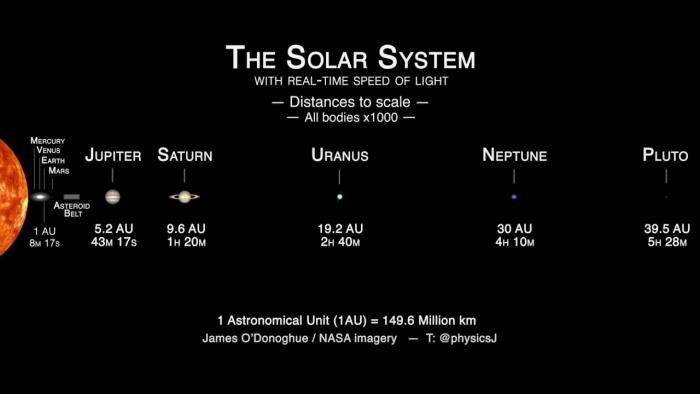 Click on the image above to watch a video on the speed of light by planetary scientist Dr. James O'Donoghue. As you watch, it’s very hard to notice anything happening at first, but pay attention to the small blob of light as it slowly moves toward Mercury (it will take three minutes to get there).

Yes, viewing this video to track lightspeed is boring, very boring. It will take 5.5 hours to watch the whole thing—with not much going on. This is strange to comprehend because light is crazy fast—fastest thing there is at 186,000 miles per second. The light in the video is slow because it is traversing an incredible distance--from the Sun to Pluto—almost 4 billion miles!

What is the purpose of this tedious video, then? Maybe it’s to communicate how space travel across long space distances will be a bit boring. We traveled to the Moon in three days. However, it will take future astronauts about 8 months to get to Mars. If we ever venture all the way out to Pluto someday, it would take the astronauts about 10 years. That’s a lot of time alone with nothing out your window to really look at!

Remember, of course, humans are nowhere near to engineering a spaceship that could travel even near the speed of light. Our best speed so far is about an average of 10 miles per second; which is fast, but it’s a small fraction of the ultimate velocity. 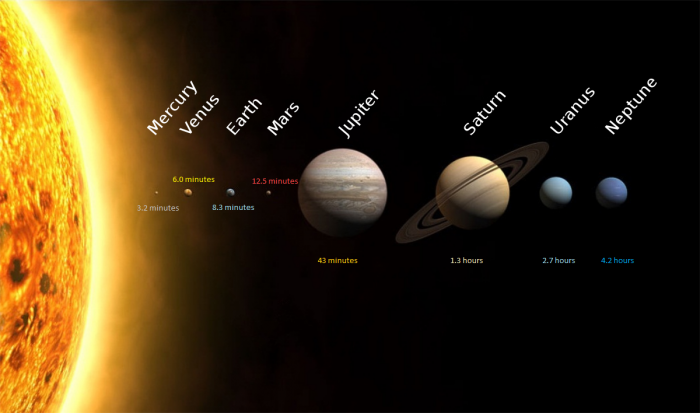 The video also teaches the emptiness of space. Sure, the planets are all lined up and seem close, as they do in every picture of the solar system. The first astronauts that go to Mars will have many amazing adventures to report. One of the messages, though, will surely be how empty space is. They will have the only direct experience. 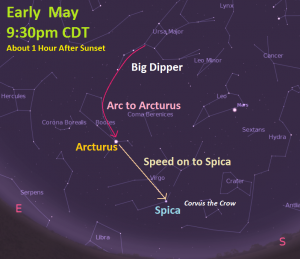 Corvus the Crow is a fun little constellation to find in May’s spring sky. It‘s bright enough to see in the city and looks like a trapezoid. Look low in the south below and to the right of the bright star Spica. To find Spica, from the Big Dipper’s handle, remember to “arc” to Arcturus and “spike” to Spica. 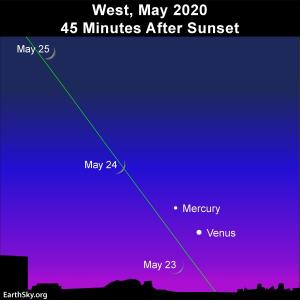 Venus and Mercury can be seen together, albeit rather low in the WNW sky shortly after sunset. A young crescent Moon joins the inner planets on the early evenings of May 23-25. To catch these planets, you will need to look about 35-45 minutes after sunset. Sunset on May 1 is 7:53 p.m. CDT. On May 31, the Sun disappears at 8:24 p.m. CDT. 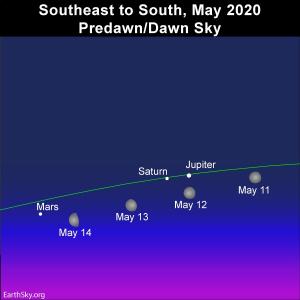 Mars, Jupiter, and Saturn are still quite visible in the morning sky. The difficult part will be getting up very early as the sunrise moves earlier each morning. On May 1, the sunrise is at 5:45 a.m. CDT in the Milwaukee area. By month’s end, our Sun clears the horizon at 5:15 a.m. CDT. To see these “wandering” stars, plan on being outside at least 45 minutes before sun-up -- that’s 4:30 a.m. on the morning of May 31. The Moon passes these outer planets from May 11-14.