MPM curatorial staff have selected 137 of the most important, unique, or interesting objects and collections to highlight during our 137th anniversary year.

Many of the items featured below are not on exhibit due to their fragile nature. These items reflect the broad scope of the over 4 million-plus objects in the Museum's collections. One of the Museum's primary goals is to preserve objects for generations to come.

As a virtual exhibit, we can share with people around the world our most rare and intriguing items without harm to them.

Made by Milwaukeean John Meunier (1834-1919) and displayed at the American Centennial Exposition in Philadelphia in 1876, this rifle is considered one of the most handsome and well-crafted schuetzen rifles extant. Meunier built this rifle as a tribute to his adopted Country and the discipline of German-style target shooting (schuetzen). This .41 caliber percussion rifle boasts silver-washed and engraved steel furniture with gold inlay and a beautifully carved stock demonstrating the meticulous work of the Meunier shop and John Meunier's personal dedication to the sport of schuetzen. 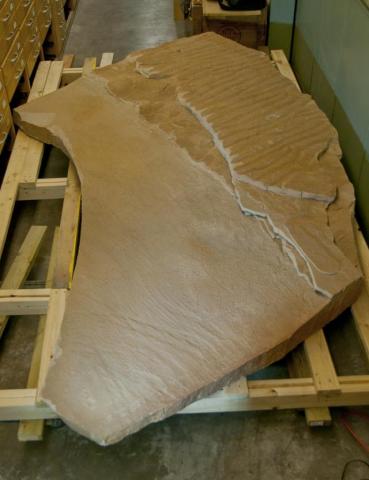 This 2,600-pound sandstone contains 500-million-year-old animal tracks . The fossil, donated by Eden Stone Company , is from Marathon County, Wisconsin and dates to the middle to late Cambrian period. The rock surface contains ripple marks and a fossil track named Diplichnites. The footprints were produced by a euthycarcinoid—an extinct, primitive arthropod. 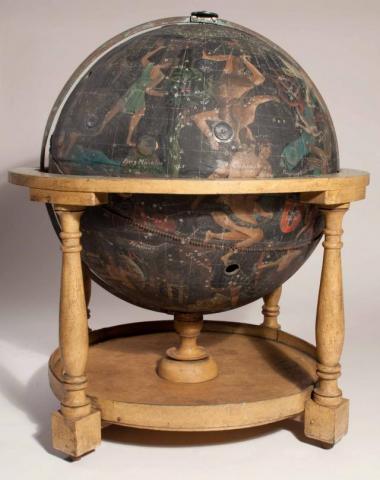 The Celestial Globe (H57842/29193) was donated to the Milwaukee Public Museum in 1903 along with its companion terrestrial globe (H59492) and a manual of cosmic and terrestrial observations (H57843). The globe was developed by Johann Oelrich Kroehnke (1810-1897), an immigrant to New Holstein, Wisconsin in 1847. Kroehnke was a merchant, farmer, and community leader, and was intensely interested in intellectual pursuits and education, often at the expense of his personal fortune. The globes were developed, hand-painted, and built in Germany in the late 1830s by Kroehnke and brought to Wisconsin where they were used to educate his family and others in his community. Geographic data was updated between 1890-1892 to coincide with American populations and New World geography found in the 1890 United States Census. 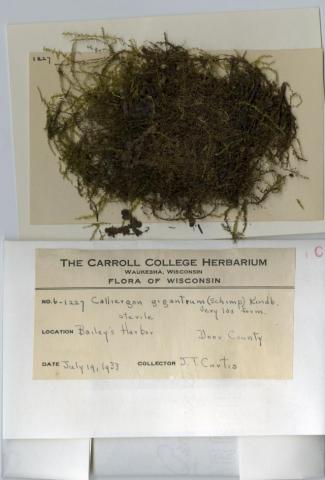 John T. Curtis (1913–1961) was a renowned Wisconsin scientist best known for his contributions to the development of numerical methods in ecology and his seminal book, The Vegetation of Wisconsin: An Ordination of Plant Communities, published 1959. Curtis was born in Waukesha, WI and graduated from Carroll College (now University) in 1937. While an undergraduate at Carroll, Curtis made a substantial collection of bryophytes (mosses and liverworts) from around WI. These specimens have been on permanent loan to MPM for over 30 years and are critical research and comparative tools for understanding the natural history of Wisconsin bryophytes.

The cichlid fishes of the genus Labeotropheus were first described in 1927, when the type species L. fuelleborni was described as a new species by the German ichthyologist Ernst Ahl. A second species, L. trewavasae, was described in 1956 by the British zoologist Geoffrey Fryer. For the next 50 years, despite the tremendous scientific attention paid to understanding and delineating the fantastic diversity of cichlid fishes, no further species of Labeotropheus were described; in fact, many ichthyologists believed that no further species of Labeotropheuscould possibly exist.

In 2016, a description of two new species of Labeotropheus will be published by MPM Adjunct Curator and Research Fellow Dr. Michael J. Pauers. Dr. Pauers spent several years studying the body shapes of these fishes, and used this information, along with the unique breeding coloration of the males, to distinguish these two species from L. fuelleborni and L. trewavasae. Until the description is officially published, the names of these two new branches of the fish tree of life have to remain secret, so stay tuned for more news about these beautiful new fishes!

This rusty patched bumblebee (Bombus affinis) specimen was collected in 1915 in Milwaukee. Rusty patched bumblebees live in prairie ecosystems and collect pollen and nectar from a variety of plants. Once a common sight in Wisconsin, the northern Midwest, and the northeastern states, land use changes and habitat loss have caused a steep decline in rusty patched bee populations. The species was listed as Federally Endangered under the Endangered Species Act in January 2017. Along with over 3,000 other Apidae family bees, this bee has been photographed and had its label information transcribed. MPM's digitization efforts -- for bees and other natural history collections -- contribute to the growing network of specimen collections data available to scientists and researchers. Sharing data about our specimens helps scientists, landowners, and conservationists in their fight to bring the rusty patched bumblebee back from the brink of extinction. 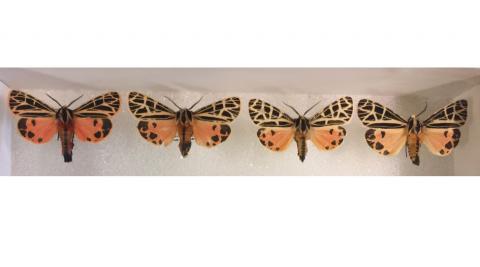 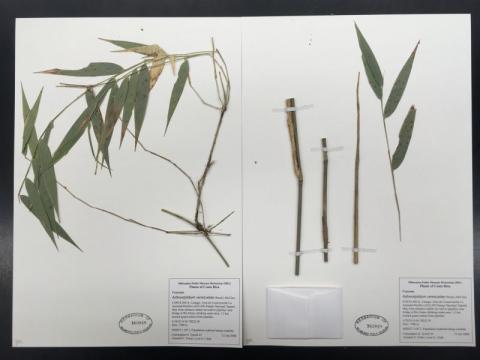 This is a specimen of the bamboo species Arthrostylidium venezuelae. A. venezuelae is one of over 400 species of bamboo that are native to Central and South America. Most American bamboos have small stems and use surrounding vegetation to help them stand upright. This specimen is from Costa Rica and it served as one of the sources of DNA used in a 2012 research paper on the evolution of woody bamboos of the New World tropics. American bamboo diversity and evolution is one of the many research areas that MPM curators have investigated over the years. 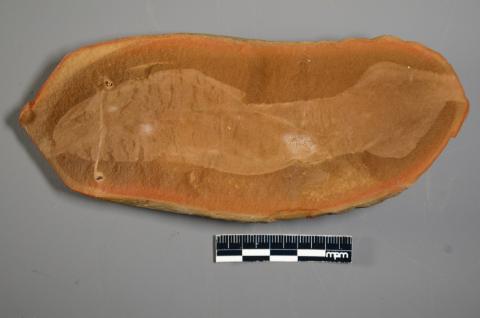 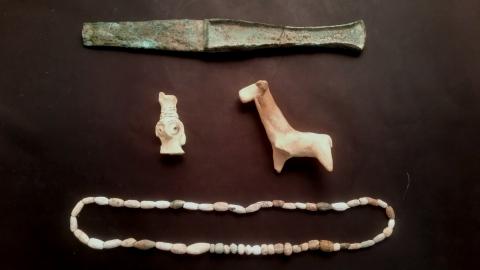