“If you don’t see the book you want on the shelf, write it.”
- Beverly Cleary, American Children’s Author

Written in the Stars 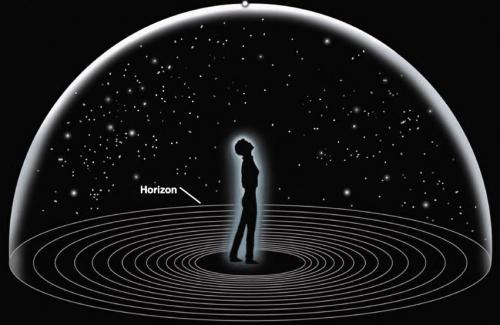 Writers are often fascinated with the celestial. The sky surrounds them as it does for all of us.  So many creative souls have scribbled words to describe the majestic beauty above. They have wondered and tried to explain its mysteries. All of their lines lead back to the human heart and mind.

Today we will look at three great writers who wove insightful words together to describe the sky and its study.

William Shakespeare invoked many passages about what lies beyond the Earth:

“Not from the stars do I my judgement pluck,
And yet methinks I have astronomy.
But not to tell of good or evil luck,
Of plagues, of deaths, or season’s quality;
Nor can I fortune to brief minutes tell,
Or say with princes if it shall go well.”
(Sonnet 14)

A more famous quote from Shakespeare that dismisses astrological influences comes from his play Julius Caesar. It was spoken by the nobleman Cassius when talking to his friend Brutus: “The fault, dear Brutus, is not in our stars but in ourselves, that we are underlings.”

Emily Dickinson was a keen observer of the night sky. She created many poems about astronomy and space, including one titled “When the Astronomer Stops Seeking.” More celestial descriptions can be found in many of her other poems.

My favorite is probably her inspiring passage as follows:

“We never know how high we are,
Till we are called to rise
And then, if we are true to plan,
Our statures touch the skies”

Mark Twain had a love for astronomy. In his insightful witty way, he described it:

“I love to revel in philosophical matters -- especially astronomy.
I study astronomy more than any other foolishness there is."

Twain commented with even more satire when he wondered about the human advantage of astronomy’s distant discoveries:

“Spectrum analysis enabled the astronomer to tell when a star was advancing head on, and when it was going the other way. This was regarded as very precious. Why the astronomer wanted to know is not stated; nor what he could sell out for when he did know. An astronomer's notions about preciousness were loose. They were not much regarded by practical men, and seldom excited a broker.” 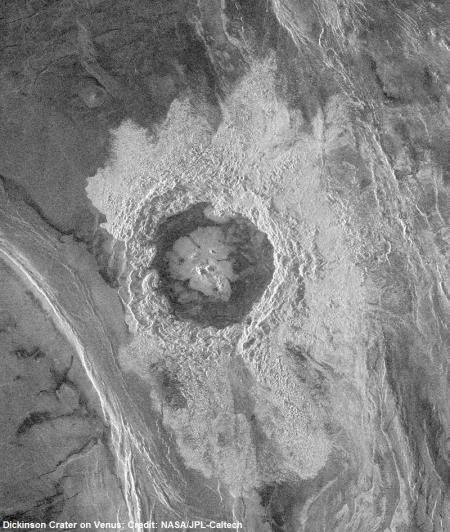 Halley’s Comet connected Twain to the cosmos more than anything else. He predicted his own demise when he noted, "I came in with Halley's Comet in 1835. It is coming again next year, and I expect to go out with it." Twain died on April 21, 1910, when Halley’s Comet’s return graced the Earth’s night sky after being absent for 75 years.

When naming their cosmic discoveries, astronomers honor all kinds of famous people, including many authors. Of the three writers mentioned above, all have their names in the sky. 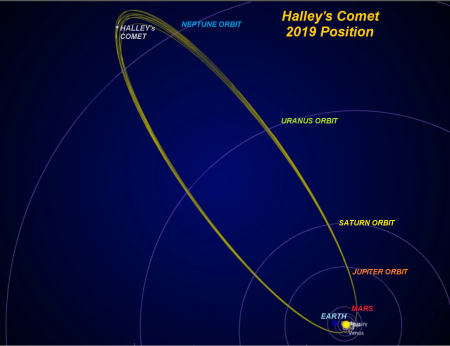 Working in astronomy, I sometimes wonder if I will see a certain sky event in the future. This can be a bit nerve-racking to the soul, wondering what cosmic showcases are still in store for my eyes. But it is all in good fun and wonder!

Halley’s Comet returns in July 2061. Right now, this big icy rock is almost at its farthest point from Earth — way past the orbit of Neptune. When it falls back toward the Sun, heats up, and shines in our night skies, it is predicted to be very bright, much better than in 1986. I recall, like many others, not being that impressed back then. Regardless, the “hairy” star was cool to see, especially through a telescope. And of course, we all got to say, “I saw Halley’s Comet!”

In 42 years, the comet will be much brighter than it was 33 years ago. It is estimated to be as bright as Comet Hale-Bopp, which was spectacular back in 1997. I recall that unexpected visitor being easily seen even with city lights around. I plan on watching the return of Halley’s Comet, but I will be 100 years old in 2061; plans, of course, don’t always pan out.

Comet Hale-Bopp will not visit our skies again until the year 4380, over 2,300 years from now! Okay, that one is out — but some trees may encounter the comet’s return. The Great Basin Bristlecone Pine is a tree that can live over 5,000 years!

It was a bummer to miss the transit of Mercury across the Sun’s face just last month. Watching it on the internet was cool, but there’s nothing like seeing it with your own eyes! The next time this little planet lines up between the Earth and Sun is 2049 for people in Wisconsin. If I make it to Halley’s Comet, this sky event will be no problem.

The next Venus transit of the Sun occurs in the year 2117. I think this rare event needs to be crossed off my sky wish list (probably). I am thankful for seeing it back in 2012. The Museum hosted a big event with over 1,000 people witnessing the black silhouette of Venus on the Sun’s face.

A total solar eclipse happens somewhere on Earth every 18 months on average. They are, to me, the most breathtaking sight human eyes can experience (sky-wise).

The next time totality races across America will be April 8, 2024. I am definitely planning on that one, hopefully. The Museum is looking into putting together another eclipse trip, probably to Texas. After that one, the next one to grace American skies is 2045. That one might be more of a reach, but time will tell, as it always does.

Total solar eclipses are always a good reason to travel. I see there is one in Europe in 2026 and northern Africa in 2027. Australia in 2028 sounds good, and then there’s…. 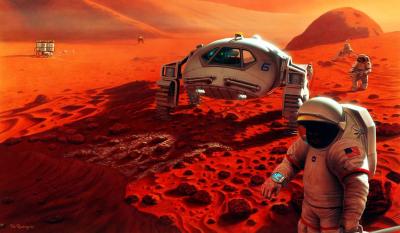 There is one future space event that is being planned but may not happen in my lifetime. Putting astronauts on Mars and returning them safely to the Earth is a goal of NASA for the 2030s. My hope is that going to Mars will be a world effort. I imagine countries working together in their shared expertise and curiosity to explore our neighboring world with their own eyes.

NASA already works with many other countries on many different space missions. The easiest example is to look up some clear night and observe the International Space Station cross the night sky.

The amazing pictures of Earth from the Apollo program gave us a new appreciation of our home planet. Going to Mars could do the same thing. Who knows if and when this historic Mars mission might happen? I hope to witness it — no matter how long it takes.

Winter is the Shortest Season 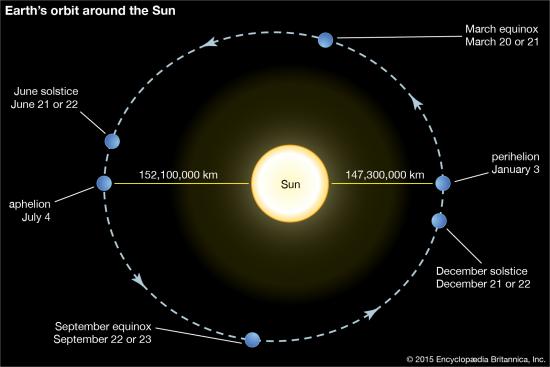 Though the Sun’s path across the sky is low and the daylight hours are minimal, take solace that winter is the shortest season. Well, that’s true for people living north of the equator.

The Earth’s orbit around the Sun is not a perfect circle. It’s an ellipse. This means when our planet is closer to the Sun, it travels faster. When it’s further away, it travels slower.

The Earth is closest to the Sun in early January, or the northern hemisphere’s winter. The Earth’s faster speed makes winter last only 89 days. Comparatively, the north’s summer is 93 days long.

Wait, sorry; next year we have a leap day on February 29. Winter will be 90 days next year. But remember -- on the December solstice, the Sun climbs higher and daylight hours start to increase for us north of the equator. 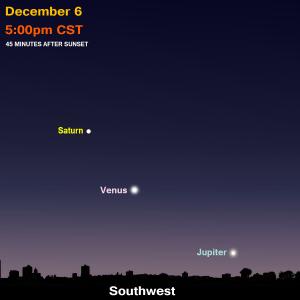 Jupiter can barely be seen at December’s start. Look low in the southwest for the biggest planet as soon as it gets dark, around 5:00 p.m. local time. 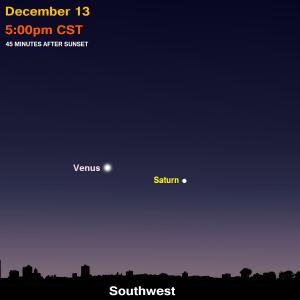 Venus and Saturn switch places in the evening night sky this month. By December’s end, brilliant Venus will be unmistakable in the southwest. The hottest planet doesn’t set until 7:00 p.m. CST. By the time 2020 starts, Saturn will be lost in the Sun’s glares as it sets at 5:15 p.m., only 45 minutes after sunset. 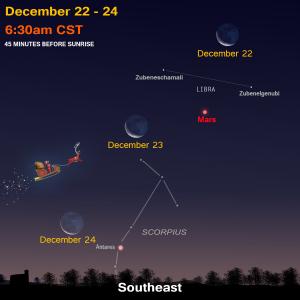 Mars is much easier to see now in the morning sky. It moves from the bright star Spica in Virgo past the “Zubee” stars in Libra. Look low in the southeast to catch the red planet. A waning crescent Moon passes by on the mornings of December 22-24. 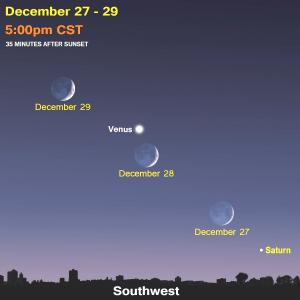 The Moon will give you a chance to stay goodbye to Saturn on December 27. The next two nights, Venus will pair up with the Moon.