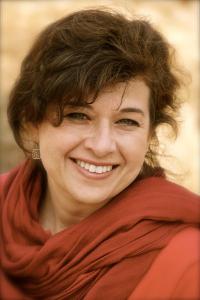 Dawn interned at museums in Boston, Denver, and Washington D.C., and worked at the Logan Museum of Anthropology before coming back to her hometown of Milwaukee. She has a B.A. in Anthropology and a minor in Museum Studies from Beloit College, and an M.S. in Anthropology from UW-Milwaukee.

As Curator of Collections, Dawn's primary responsibility is the care, documentation, research, and interpretation of over 400,000 artifacts. The collection includes ethnographic items from native North and South American groups, African and Pacific aboriginal peoples, some Southeast Asian tribal groups, and archaeological material from the Americas, Europe, and the Middle East.

Dawn oversees and manages the wonderful and committed volunteers, interns, work-study students, and occasional temporary employees in the department. Besides mentoring emerging museum professionals, her interests include Native American ethnographic material culture, Native Americans in the 20th century, Central and South American ethnology, and almost every aspect of the museum field. 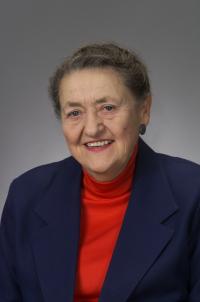 From 1972 until her retirement in 1993, Nancy was the North American Indian curator and department head of Anthropology at the Milwaukee Public Museum, and continued to serve as a volunteer until 2015. Museums were her passion and under her tenure, the Anthropology staff doubled and major permanent exhibits installed, culminating in A Tribute to Survival, the acclaimed introductory section for the Museum’s American Indian exhibition hall.

Nancy was known for her research and publications on American Indian history and culture including contemporary adaptations. Her specific research areas included the Ho-Chunk (aka Winnebago), the Dogrib (Tlicho; located in Canadian sub-arctic) with whom she shared fieldwork with best friend, June Helm (AAA president 1985-1987), and intertribal urban Indian groups. Other publications addressed Action Anthropology as a resource in community self-help efforts. This she learned from mentor Sol Tax (another Milwaukee native) in Chicago. Nancy was Tax’s assistant in developing the landmark 1961 American Indian Chicago Conference.

Nancy’s book Wisconsin Indians is a standard, Mountain Wolf Woman, Sister of Crashing Thunder (1961) is widely used and has been translated into several languages, and her co-edited The American Indian Today (1968) was a breakthrough publication. Despising theory jargon, Nancy wrote clear vernacular prose and sought always to teach anthropology’s appreciation of cultural diversity.

Nancy was active in professional anthropological organizations, including a term as president of the American Anthropological Association, 1983-1985. In 2006, she was deeply honored to receive the AAA Franz Boas Award for exemplary service to Anthropology.

[With funding from Nancy’s estate left to the MPM Anthropology Department, the Nancy Oestreich Lurie Diversity Internship was established to address the marked lack of diversity in professional museum positions. The internship was created for students and recent graduates who are members of groups underrepresented in careers related to museums. Through this internship placement, students will have the opportunity to gain real world experience in a range of professional museum activities.]