“Nothing in life is to be feared, it is only to be understood.
Now is the time to understand more, so that we may fear less.”
-  Marie Curie, Physicist & Chemist 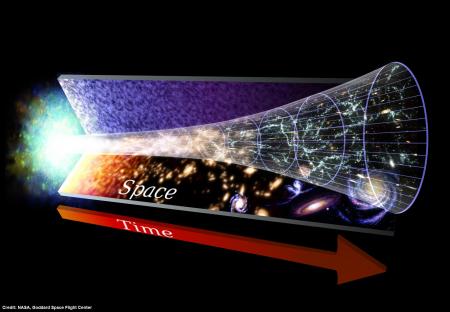 People of all ages often ask the ultimate big question after a MPM Planetarium program: How big is the universe?

The short answer is about 93 billion light years. If they can hang around, I explain that “93” is for the observable universe only. If they’re puzzled, I clarify that we can only see as far as our telescopes will take us. There may be more stars and galaxies beyond the horizon, or beyond the curvature of space. The universe may be infinite.

Infinity can make anyone’s face grow not only puzzled, but frazzled. The best analogy for an endless universe is the surface of a sphere. If you only think of the surface, not inside or outside the sphere, its surface has no beginning or end.

Time determines the size of the universe. The universe started with the Big Bang 13.8 billion years ago. Our telescopes have taken us back in time to just 300,000 years after that very intense beginning when the universe came to be and everything started expanding. They have mapped and measured this now cold, faint glow in the microwave-part of the spectrum. It’s called the cosmic microwave background radiation, or the CMB. We’ve uncovered the ultimate cosmic relic, one that goes back in time almost 13.8 billion years. 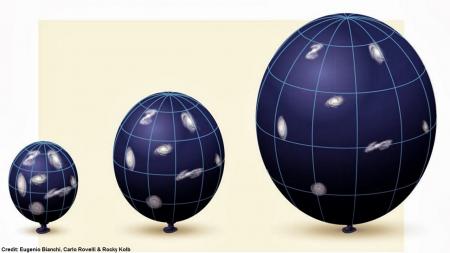 This amazing discovery does not mean that ancient radiation is 13.8 billion years away from us. The reason is the universe has stretched itself considerably since that time. Proof of this is in the distance to the galaxies. Everywhere we look, we see them receding away from our Milky Way galaxy. Also, the father the galaxy, the faster it’s speeding away. The universe has expanded vast distances since it first emitted its blistering light 13.8 billion years ago. 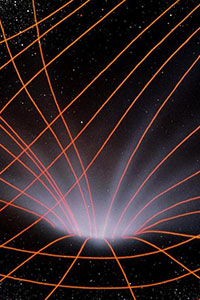 Sense of scale is always important in grasping these unfathomable big numbers. The edge of space may be very far away, but remember space itself is only 60 miles away, straight up. Or if you’re from the Milwaukee area, it’s farther to Chicago than space.

If you would like to explore deep space in more detail, consider signing up for our adult class next spring. 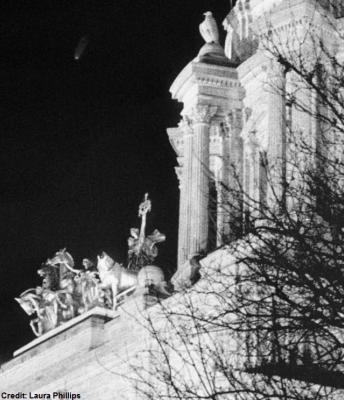 Bright comets in the night sky are extremely rare. The last one you could see amongst all the city lights was Comet Hale Bopp back in 1997 — 21 years ago! I recall seeing that comet in downtown Minneapolis, which seems crazy impossible today with the glare of urban illumination.

We have a comet coming this December, but unfortunately it will not sparkle like Hale Bopp. Comet 46P/Wirtanen is the icy rock’s name and it should be visible to the naked eye if you can find a reasonably dark sky. 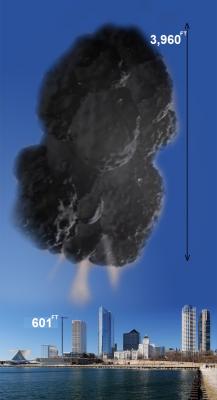 What makes this pass special is location -- the Earth and comet are on the same side of the Sun! When a comet wanders in near the Sun, they develop “tails.” The ice sublimates (turns straight into a gas) and fine dust grains are released. One tail is icy gas and the other is the dust. The comet nucleus appears very fuzzy or hairy in the night sky. 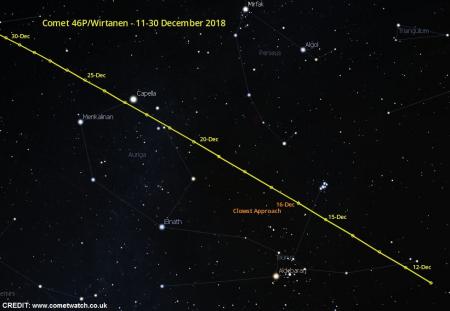 The best time to see the Comet 46P will be mid-December. Watch for the hazy interloper near the recognizable Pleaides star cluster and the bright red star Aldebaran in Taurus the Bull.  As the comet moves in its orbit at 23 miles per second, it will wander near the very bright star Capella just before Christmas. 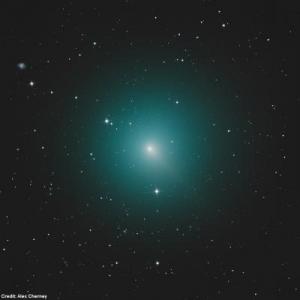 When looking skyward, don’t expect to see a beautiful image like this one. Gorgeous images like this are actually made from many images taken with a zoom lens over many seconds. The skilled photographer then stacks them together to create these splendid space shots. To enhance your viewing, bring binoculars or join your local astronomy club, which has plenty of great telescopes for you to look through for free! 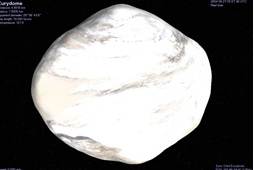 Eurydome is a tiny moon of colossal Jupiter. It’s only a few miles across and its orbit is 723 Earth days. It was discovered back in 2001 by astronomers at the University of Hawaii.

Eurydome is part of small group of seven moons orbiting Jupiter in retrograde motion, or the opposite way of Jupiter’s rotation. It is surmised these moons were once all part of a bigger asteroid. A long-ago collision smashed up the space rock, leaving one bigger moon (Pasiphae) and six smaller ones, including Eurydome.  But there may be more of these moons.

The name Eurydome comes from Greek mythology. She has been described as the mother of the Graces. The father was Zeus, or Jupiter in Latin. 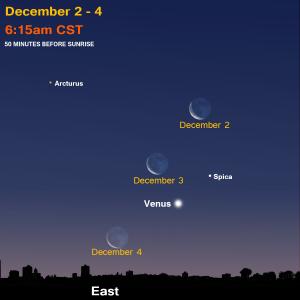 Venus dominates the morning all December. Watch the Moon pass it twice at the start of the month and at the end. Also, watch Venus will away from the bright star Spica toward the Zubee stars of Libra. 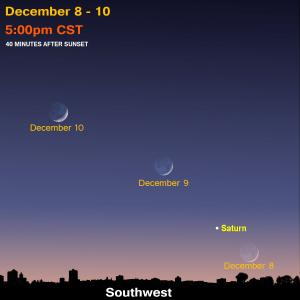 Saturn slowly descends into the Sun this month. Catch the ring jewel early in the evening in the southwest sky. Best nights will be December 8-10 when you can use a waxing crescent Moon to guide you to Saturn’s light. 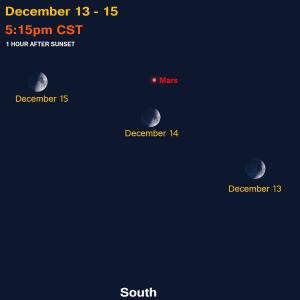 Mars fades a little more in December. The red planet still shines steady and bright, and sets just before midnight all month long. The 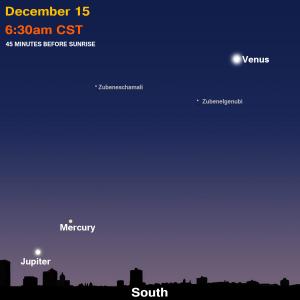 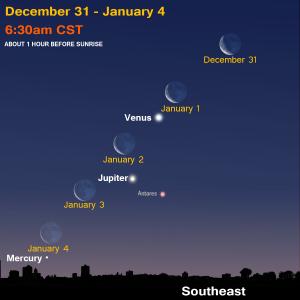 Jupiter and Mercury join Venus in the morning sky. Little Mercury is best seen around mid-December. Giant Jupiter gets better toward the end of the month. Watch the largest and smallest planet pass each other on a frosty morning from December 20-22. See the waning crescent Moon close in on Jupiter at December’s end and early January. 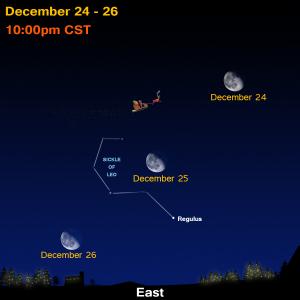 Need a sign of spring on a cold holiday night? Look for the “backwards question mark” of Leo the Lion rising about five hours after sunset. By the first day of spring, Leo will be easily visible in the east as soon as it gets dark.