Trinidad, one of the islands forming the Republic of Trinidad and Tobago in the southern Caribbean, has been ruled by several previous European powers, the last being Great Britain. On this small island, people from the various cultures of Asia, Europe, Africa, and native groups live and interact. This rare collection is from the East Indian peoples on the island and was collected by Milwaukee Public Museum Curator of Anthropology Dr. Arthur Niehoff in 1957. The East Indians were brought to the island by the British as indentured servants. The collection, one of only a few in the United States, is important since it shows the cultural exchange and influence that has occurred between the East Indians and the other groups inhabiting the island. 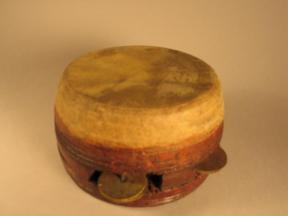