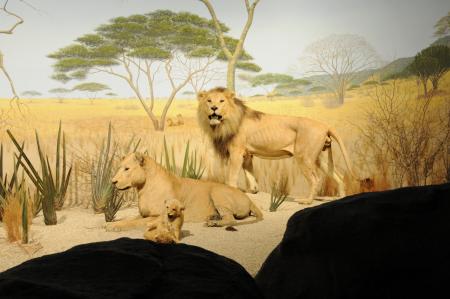 The lion, potential enemy of all herdsmen, preys on the cattle of the Maasai. Protected only by their thick shields made of antelope or zebra skins, Maasai warriors kill lions with long spears and short defensive swords. Much prestige attends the successful hunter, especially the one who throws the first spear.