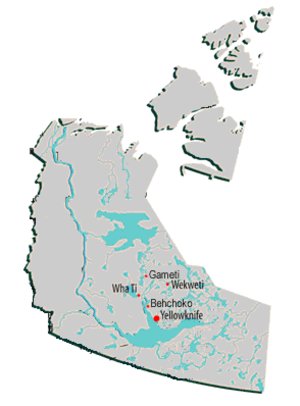 Legislative Assembly of the Northwest Territories 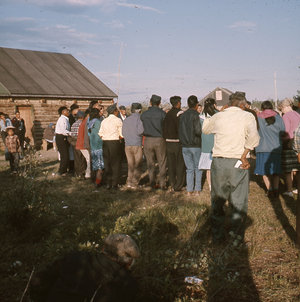 The Tlicho Agreement opened many doors for the Dogrib people. Because of this agreement, they have secured the right to determine who is a member of their nation and who will govern over their people. Each community that lies within the Dogrib lands has their own Chief and councilors. They will have "law-making powers over areas that are municipal, or local, in nature" (Government of Canada, Frequently Asked Questions). The Tlicho Government consists of the Chiefs of each community, as well as other representatives from each community government. The Tlicho Government will be presided over by the Grand Chief (Government of Canada, Frequently Asked Questions).

In order to receive the benefits of the Tlicho Agreement, one must be a Tlicho citizen. Becoming a citizen requires having your name placed on the Tlicho Citizens register. To do so, one must meet "the conditions of the community acceptance process set out in the Tlicho Constitution; be a Canadian citizen, or a permanent resident of Canada, or have been adopted as a child and as a result of that adoption have become a citizen of a country other than Canada, and not be enrolled under a different land claims agreement" (Government of Canada, Frequently Asked Questions). Before and during the negotiation of the Tlicho Agreement, the Dogrib have seen their communities expand greatly. 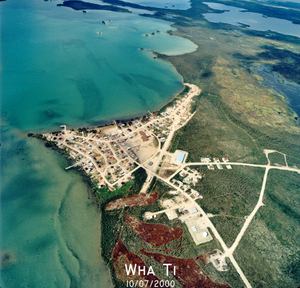 Government of Canada – What Ti

Wha Ti, formerly known as Lac la Martre, is 164 air km from Yellowknife. It lies on "flat marshy terrain to the northeast and south, surrounded by taiga forest" (Government of Canada, Indian, Wha Ti). According to the 2001 Census, it has a population of 453, with 425 as "Aboriginal Identity Population" (Statistics Canada, 2002). The major activities that take place in Wha Ti are hunting, fishing, and trapping. It has tourist attractions such as hotels, restaurants, and outfitters (Government of Canada, Indian, Wha Ti). The Meni Khon Hotel and Meni Dene Lodge began offering vacation packages for outdoor enthusiasts and sightseers in 1997 (Inns North, 1997). Taxi services are available in the city and as of 1994; Wha Ti is home to the Artic College (Pochat-Cotillioux, 1994). Royal Canadian Mounted Police Officers patrol the area and the city has a "Triple Combination pumper" to fight fires. Transportation is available to Yellowknife via the airport and to Fort Rae by non-commercial river transport. The medical services offer a clinic with a three person staff, two hospital beds, and one crib. (Government of Canada, Indian, Wha Ti). 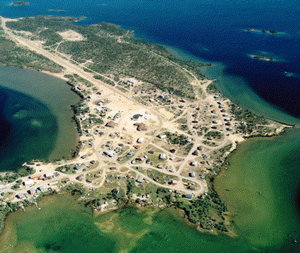 The city of Gameti, formerly known as Rae Lakes, is located on Rae Lake and is approximately 177 km from Yellowknife. "It is amid tree cover of Black Spruce, Poplar, and Willow" (Government of Canada, Indian, Rae Lakes). According to the 2001 Census, it has a total population of 274 people, with 260 of them of "Aboriginal Identity" (Statistics Canada, 2002). The major activities that take place in Gameti are domestic fishing, hunting, and trapping. Gameti has also held the Rae Lakes Golf Tournament, a 36-hole classic (Stewart, 1997). While Gameti has no police department, there are volunteer firefighters with one firetruck, and one nurse. Doctors visit the city once a month. An airport provides flights to Yellowknife and is connected to Yellowknife by an ice road in the winter months (Government of Canada, Indian, Rae Lakes). 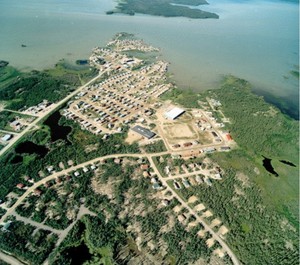 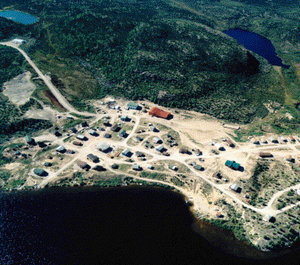 Wekweti, formerly known as Snare Lake, is located 195 air km from Yellowknife. The major activities for this area include hunting, fishing, trapping, and governmental work. The Behchoko Royal Canadian Mounted Police officers police the city and it has one fire truck with volunteer firefighters. Flights are available to Yellowknife year round, but the city is almost inaccessible during the freezing and thawing times of year. A nurse flies into the area once a month (Government of Canada, Indian, Wekweti). The population data is supplied by the 2001 Census. The population is 131, with 120 claiming "Aboriginal Identity" (Statistics Canada, 2002). 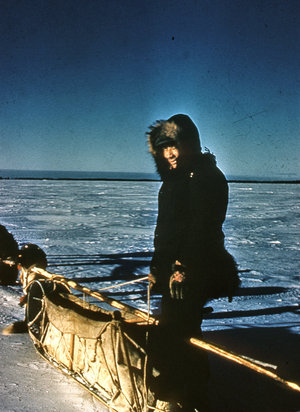 The Dogrib have taken on many projects to teach and relearn native crafts and ways of life. They have also taken the time to examine where they are in the present and make strides to enrich the future and keep their culture, language, and traditions alive. "Among the Dogribs, between 1962 and 1967, we saw the genesis of a systematized anti-white sentiment, the introduction of a reactive nativistic (or revitalization) movement, and the involvement of the Dogribs in pan-Indianism and the tourist trade" (Helm, 2000: 97).

In April of 1996, what is believed to be the last known intact caribou skin lodge was returned to the Dogrib people. During fieldwork in 1893, University of Iowa graduate student Frank Russell purchased the lodge from Bear Lake Chief. The lodge remained in the Natural History Museum of the University of Iowa until it was gifted back to the Dogrib. The Prince of Wales Northern Heritage Center held a short ceremony in September of 1997 to welcome the lodge home. From June to September of 1998, "The Dogrib Caribou Skin Lodge" exhibit was open at the Prince of Wales Northern Heritage Center. This exhibit provided the opportunity for the Dogrib community to see how the lodge was constructed and decorated. It served as an example of the traditional way of making a caribou skin lodge (The Dogrib Caribou Skin Lodge, 1998).

In 1997, youth and elders came together to recreate the traditional skill of producing a birchbark canoe. The film they made during their project title "Dogrib Birchbark Canoe- A Heritage Project" won the "Peoples Choice Award" at the 1997 Far North Film Festival (Dogrib Birchbark Canoe, 1997).

The art of making the Dogrib Babiche bag was also preserved. In 1998, only two elders remembered how to make this versatile item. The Dene Cultural Institute in Yellowknife held a workshop to teach interested women how to continue the traditional task. Sixteen women participated, along with their two instructors. The completed Babiche bags were marketed as art pieces at the Dene Cultural Institute. Not only did this new skill benefit these Dogrib women, it also ensured that the process was not lost (LeTourneau, 1998).

Not only are the Dogrib concerned with keeping their traditional culture alive, but they are actively trying to close the generation gap. The local regional high school set out to address this issue head on. In July of 1999, the Chief Jimmy Bruneau Regional High School in Rae-Edzo held the Aboriginal Youth Conference. Several of the objectives of the conference included, "to bring together young people to discuss issues of common concern within the framework of tradition and change"; "to provide a forum where traditional language and culture can be celebrated and seen to have an important place in the provision of values to young people in the modern world"; "to document the concerns and issues of importance to youth for the information and understanding of the leaders in the communities" (Dogrib Treaty 11 Council, ca. 1999).

In addition to the work the high school is taking in closing the generation/culture gap, the annual summer "Trails of our Ancestors" canoe trip along the Idaa Trail, provides an opportunity for youth and elders to rediscover "the cultural traditions of the Dogrib people" (Dogrib Treaty 11 Council, ca. 1999). The elders lead groups of students to sacred and cultural sites along the trail that had previously served as a route on the Dogrib seasonal round. The students learn about each site at which they stop, as well as repairing any graves along the trail. This event can also serve as a high school class, which students can use to earn credits towards their graduation (Dogrib Treaty 11 Council, ca. 1999).

Wha Ti held a carnival in 2003, with dog-sledding, hand games, ice hockey, and road hockey. It was the first time that a dog-sled race had been held in the area in at least 10 years (Barron, 2003).