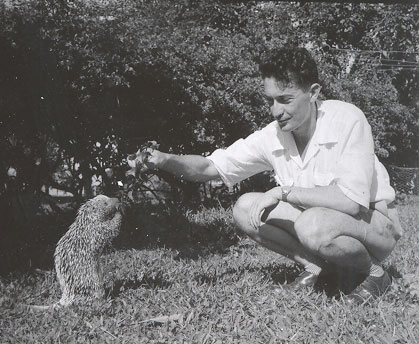 Arthur H. Niehoff received his Bachelor of Arts degree from Indiana University and his Ph.D. in cultural anthropology from Columbia University in 1957. He served as a Fulbright scholar to India, and has consulted numerous times for the United Nations and the International Development Agency. From 1959-1961 he served as a village development advisor in Laos. A respected writer and professor, Dr. Niehoff has taught at the University of Wisconsin, George Washington University, American University, and California State University – Los Angeles. Some of his books include: An Anthropologist Under the Bed; Another Side of History; and On Becoming Human: A Journey of 5,000,000 Years Revised. After retiring from 50 years of teaching, Dr. Niehoff continued to write books and articles concerning anthropological and historical subjects until his death in his farm home in Escondido, California on August 25, 2013. 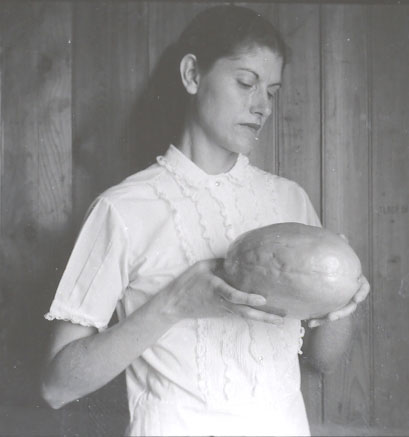 Juanita Niehoff (nee Hobbs) was born in Campbell, MO, and in 1942 received a degree in nursing from the Baptist College of Health Sciences in Memphis, TN. After marrying Arthur Niehoff, Juanita took on the roles of co-researcher and assistant, living in India, Trinidad, Laos, and Nigeria before moving to Fairfax, VA in the 1960s. Arthur and Juanita divorced in 1971, and Juanita continued for 25 years as an arbitration specialist with the Federal Mediation and Conciliation Service, settling disputes between labor unions and management. She passed away in 2010 (Brown 2010).

On June 8, 1957 Arthur, Juanita, and their young son Justin Niehoff arrived in the Indo-Trinidadian town of Penal, along the island’s southeast coast, to conduct an ethnographic fieldwork project focused on Indian communities and their adaptation to the new social environments of the British West Indies. In their five-and-a-half months there, the Niehoffs attended numerous ceremonial and religious events, and interviewed local people, community leaders, government officials, clerical people, and industrial managers to better understand community dynamics. Funded by the Milwaukee Public Museum, the Niehoff expedition was intended to demonstrate the Museum’s commitment to anthropological and ethnographic research, as well as acquire ethnographic specimens, photographs, and video footage for the Museum’s permanent collection. Arthur Niehoff, then Assistant Curator of the Museum’s Anthropology Department, and his wife, a labor rights specialist, sought to understand the ways in which Indians adapted to new physical and cultural landscapes. Drawing on previous ethnographic fieldwork conducted in India, the Niehoffs’ Trinidad expedition was intended to present a fuller portrait of Indian culture and custom -- this time, however, of communities in diaspora.

In summary of their research, the two write:

We have described a society under stress, a society which has undergone intensive acculturation for a period of over 100 years... The integration of this culture, East Indian, into the West-Indian cultural pattern has a significance in terms of Trinidad as well as the wider West-Indian society; that is, in bringing light to the problem of how a plural society can function harmoniously. In this study, however, we have focused our attention on East Indian society in Trinidad as a means of interpreting cultural patterns and values in India. We have treated East-Indian society in Trinidad as a "laboratory" situation where, due to intense strains of acculturation, the basic and necessary aspects of Indian culture would become more apparent than they would in India. Those institutions that are basic for the continuance of an "Indian" form of society would be retained, whereas superfluous institutions would fall to the wayside. This differential would only be relevant, of course, if Indian society did not merge completely into the general pattern and lose its identity completely. As is clearly indicated, however, Indian society has retained an individuality, has become a subculture within the general island pattern (1960:181).