The Mambila occupy the border regions of Nigeria and Cameroon, but pay little attention to the artificial borders made by these governments, crossing them at their leisure. There are an estimated 25,000 Mambila living in this area. The ancestors of the Mambila were members of the original Bantu language dispersion that began 2,000 years ago, but beyond this fact, little history is known of these people since few stories have survived through the generations.

Today, the Mambila practice either Christianity or Islam along side their indigenous religion, which includes witchcraft, spider/crab divination, and rituals relating to lunar cycles. There is some disagreement as to whether the Mambila practice ancestor worship. Some aspects do exist, however, since many believe that when ones dies, the ancestors take their soul during the night and chiefs and other important leaders are buried in the granaries to promote life and prosperity.

Traditional Mambila economy was based on the production of cereal crops including sorghum, millet, rice, and maize. Now they also grow bananas, yams, groundnuts, pumpkin, peppers, and many other small crops. Domestic animals include goats, chicken, dogs, and occasionally cattle. The Mambila and their neighbors, the Fulani, are very dependent on each other. The Mambila trade crops with the Fulani for milk when they are in the Mambila territory with their cattle. Men and women share most of the labor, clearing land, planting, cultivating, harvesting, bamboo cutting, building homes, and making clay pipes for smoking. A kurum is a mutual assistance work group that the Mambila created to help each other with labor and social contact during dances and rituals associated with farming. Tasks that are held only for men are weaving cotton, blacksmithing, woodworking, terra cotta sculptures, and braiding fiber. Trade is passed down from father to son, but if a man has no sons, he will pass down his knowledge to a daughter. Besides the shared labor tasks, women take care of the children and making basketry. Children, however, are not allowed to work until the age of twelve.

The Mambila live in small, localized family hamlets. A system of marriage exchange was traditionally practiced but is no longer followed. After marriage, new homesteads are established near the husband’s father’s hamlet. Most men have only one wife, however it is acceptable for a man to have more than one.

The Cameroon Mambila and the Nigeria Mambila differ in how their villages and government institutions are run. In Cameroon the government is a chiefdom, a social hierarchy where an individual’s rank is determined by his closeness to the chief. The chief has symbolic leadership where they are in control of the social, political, economic, and religious systems. In Nigeria the leadership is more informal. Leadership is invested in hereditary headmen who form a council of elders in each community. “Chiefs” have ritual authority, but no real political power. In both of these communities there is also a secret mask-making society, composed of men, who contribute to the social order through their initiation and public education roles. 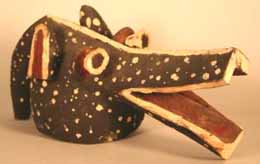 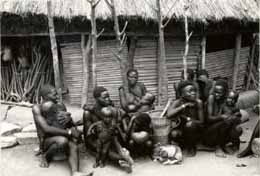