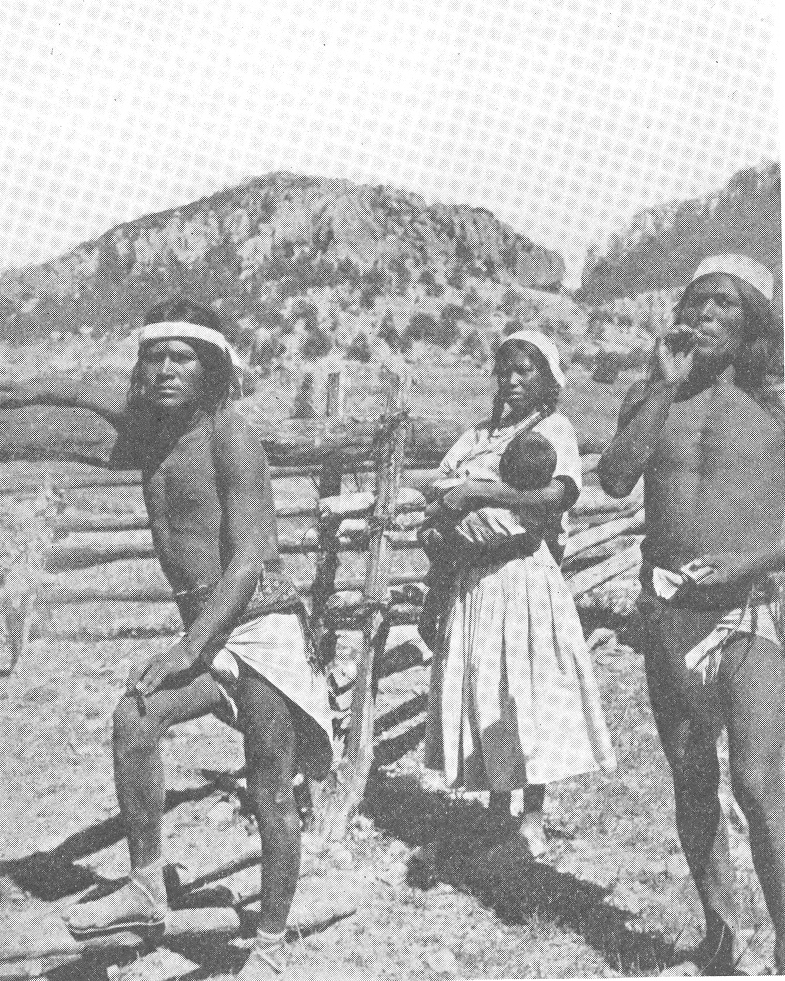 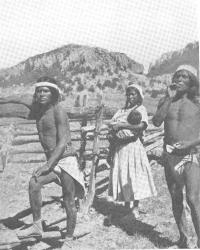 "Costume of Sierra Tarahumaras" from Bennett and Zingg (1935)
Courtesy of University of Chicago Press.

The Tarahumara, or self-called Rarámuri, are one of the largest indigenous tribes in North America with nearly 100,000 people. The majority are concentrated in the highlands of the Sierra Madre Occidental, Mexico, while others choose to live in las barrancas – the gorges of the Sierra Madre. Despite their large number, the tribe managed to remain relatively uninfluenced by the surrounding Mexican culture until recently. This is primarily a result of the harsh landscape in which they live, and their general reluctance to embrace outsiders. 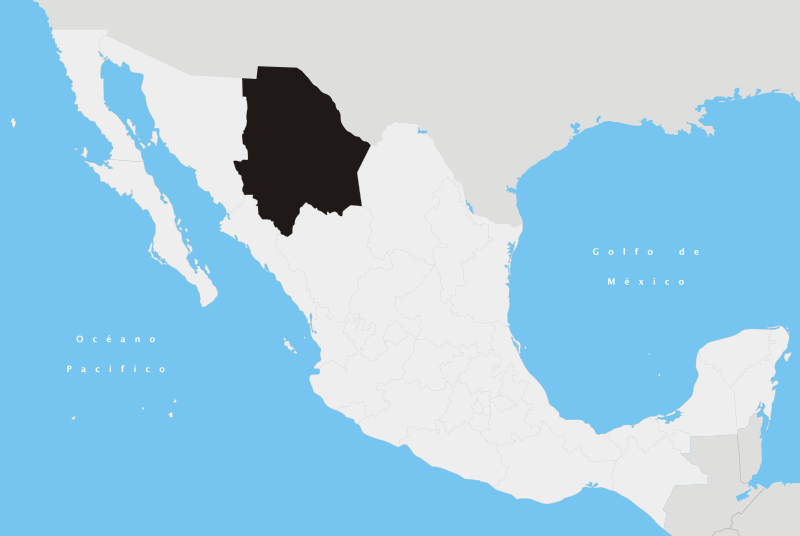 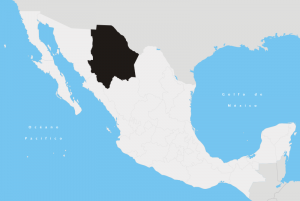 The state of Chihuahua is also known as the "Sierra Tarahumara"
for the Tarahumara tribe thaat inhabits the region. Courtesy of Wikipedia.

The Tarahumara have maintained traditional cultural practices in light of ever-increasing outside pressures; in many cases they still rely on the customs of their ancestors. Conquistadors came in contact with the Tarahumara during the 16th century and brought with them Christian missionaries, domesticated animals, cultivated fruit trees, steel tools and certain musical instruments. The Tarahumara incorporated these concepts and items into their everyday life by varying degrees; however, their popular name “Tarahumara” is the most obvious Spanish influence - a mistranslation of the group’s own name, Rarámuri.

According to the primary ethnographers of the Tarahumara, Wendell Bennett and Robert Zingg, the tribe, as of 80 years ago "can be regarded as almost nomadic agriculturalists" (1930:14) due to their production of corn and their pastoral lifestyle. In the past, only small patches of land were usable for agriculture, requiring Tarahumara to move to provide subsistence year round. At present, the lands of the Tarahumara are being drastically changed by mass logging efforts and drug production.

The Sierra Madre has two contrasting climates: the cool highlands and the tropical barranca (gorges). The highlands provide lumber and land for herding sheep, cattle, and goats as well as crops such as wheat and corn. Those living in the barrancas cultivate fruit trees, marijuana, and tobacco. Many of the Tarahumara that live in the highlands migrate into the barrancas to escape the harsh winters and to keep their herds safe. Despite their different resources, both groups of Tarahumara have similar lifestyles.

A small percentage of the Tarahumara also live in pueblos and are often referred to as "Mexicanized." These pueblos are made up of the Christianized Tarahumara and have a centralized church, courthouse, and jail.

Recent pressures from the Mexican government, the tourist industry, and drug traffickers challenge the traditional lifestyles of the Tarahumara. Jeans are worn and prepackaged food like Ramen noodles are part of the Tarahumara diet. Developmental infrastructure projects created by local governments are putting the tribe’s traditions at greater risk. The government is hoping to deter the ever-increasing drug trade by developing the area with a highway, hotels, and new businesses, but this growth could cause significant culture changes, as well.

The Milwaukee Public Museum is fortunate to have one of the largest Tarahumara collections in the United States. With well over 300 pieces, this collection represents the Tarahumara before widespread modern changes encroached. Some of the items can be seen on exhibit on the Museum’s 3rd floor within the Middle America exhibit area.