The Geography of Lake Amatitlán

The name of Lake Amatitlán is derived from the Amate tree, a fig tree whose bark the Maya used to make paper. It is located in the Central Highlands of Guatemala, 28 kilometers (17 miles) south of Guatemala City, occupying the southern end of the Valley of Guatemala. Not to be confused with the much larger Lake Atitlán in Sololá Department to the west, Lake Amatitlán is seven and one-half miles long and up to three miles wide with water up to 130 feet deep.

The lake is divided into two sections by a bottleneck, fed by the Rio Michatoya and drained by the Rio Villalobos. A bridge was built across the lake at the bottleneck for the railroad to cross. The highlands of Guatemala are volcanically active and the underground heat feeds sulfurous hot springs in the lake. Other natural phenomena of the waters include whirlpools and occasional geysers. The southern skyline is dominated by the Pacaya Volcano about five miles away. 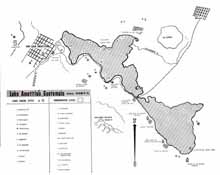 Figure 4. Map of Lake Amatitlán showing sites in and around the lake. By S.F. Borhegyi
Large Version 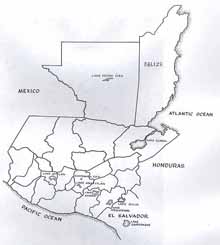